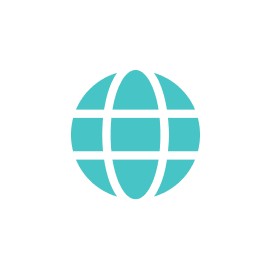 Self guided sightseeing tour in Rome

You should come to Italy one day to see the real Rome. To tell about Rome in a nutshell is just as difficult as it is difficult to believe that this wonderful city appeared 2.775 years ago on the Palatine Hill, thanks to the "quarrel" of two twins, who were previously fed by a she-wolf in the same place. Perhaps it is this riddle that millions of tourists are trying to solve, who every day, without stopping, come to Rome. And although this bustle does not give the romance to Rome that you expect to see, today's capital of Italy remains the most beautiful city of which there are only few in the world. 5 Places to Visit in Rome First Give us a fascinating walking trail for a self-guided tour of five must-see attractions in Rome.

Why is it called the Colosseum? How has it changed over time? And of course, what secrets does he keep? It will be interesting to know about this not only for you, but also for your children.

We begin our tour of the Colosseum.

In 2007, the Colosseum was included in the list of 7 wonders of the world, even though over the centuries it was destroyed by more than half.

Yes, the Colosseum that we see today is only 1/3 of the original building. But, despite this, throughout the long and turbulent history of Rome, he never ceased to be his main pride. The Colosseum was an elliptical building on the outside with a length of 189 meters and a width of 156 meters with a height of more than 48 meters. Have you presented?

But it was built in the 1st century A.D. and yet, it had 80 entrances and could accommodate up to 50,000 spectators. The construction of the Colosseum began in 72 after the birth of Christ by order of the emperor Vespasian. It took just over 8 years to create it: from 72 to 80 AD. More than 100 thousand cubic meters of travertine were used for the outer wall alone. At first it was called the Flavian Amphitheater (it was built by Vespasian and Titus from the Flavian dynasty).

And the name "Colosseum" appeared only in the Middle Ages. And there are several versions regarding his new "name".

The most common variant: it is so named because it was built near the statue of the "colossus" of Nero, which stood a few meters from the amphitheater.

Others say that the name comes from its location: it sits on the site where the Temple of Isis once was (hence Collis Issei).

But there is also a "black" legend, according to which in ancient times there was a pagan temple where the devil was worshiped. And at the end of each ceremony, the priests asked the followers: Colis Eum? What did it mean: Do you read him? The marble façade and some of the interior of the Colosseum were used during the Renaissance to build the Basilica of Sant Peter's in the Vatican and other structures in Rome, such as the Palazzo Barberini. And the Italians also say that when the Colosseum collapses, then Rome and the whole world will collapse, and if this is so, then we sincerely hope that it will stand for a long time.

If you are in Rome and are going to return here again, do not hesitate to throw a coin into the famous Trevi Fountain, because it will make your wish come true.

Among the undisputed symbols of the Eternal City and a must-see stop when walking around Rome, the Trevi Fountain is the most spectacular and largest of the Roman fountains.

We will continue our excursion with an acquaintance with the Trevi Fountain.

This extraordinary work of art is much more than a sculpture: it is a triumph of Baroque aesthetics, embodied in forms.

A precious stone made of water and stone, the presence of which is already felt when walking along the nearby alleys.

And the water, like its protagonist, Poseidon, suddenly bursting into the Piazza di Trevi in a chariot, makes you breathless with all the greatness, so much a spectacular spectacle.

The Trevi Fountain was used as a movie set, event theater, and stage for big parties. But only Anita Ekberg in the film "La Dolce Vita" was able to afford to swim in it.

Don't try to blame: you have to deal with the Italian police, plus a fine.

Few people know that some of the details of the fountain appeared out of anger: to the right of the Trevi Fountain is a travertine vase called "Asso di coppe" ("Ace of Cups"), which, according to legend, was placed there by Salvi to obscure the view from the hairdresser's workshop, which is constantly criticized the work of the architect.

The Pantheon in Rome is one of the most visited tourist attractions and owes its charm to the architectural features and many small mysteries such as: who built it, what happens in the Pantheon when it rains?

Are you sure you know everything about him?

For those visiting Rome, a visit to the Pantheon is a must.

The Temple of “Heaven” or “All Gods,” as Greek etymology suggests, inspired many other buildings around the world, such as the British Museum and the Columbia University Library in New York.

However, this building is unique.

Let's start our tour and discover the secrets of the Pantheon.

The Pantheon is a building built in ancient Rome, more precisely in 27 BC. It is located in Rome in Piazza Della Rotonda, in the Pigna (IX) area of the historic center of the capital, between Via del Corso and Piazza Navona. Its special location - in the center of what was once Campo Marzio - makes it only accessible on foot.

The Pantheon was built by Marcus Agrippa, son-in-law of Emperor Augustus, but was later rebuilt by Emperor Hadrian after numerous fires.

In 609 A.D. it became a Christian basilica (Santa Maria ad Martyres) and this allowed the building to survive the centuries and reach us.

Aura of mystery reigns around the dome of the Pantheon.

Many people wonder if rain falls in the oculus when it rains in Rome. And it seems that if this were so, then the rain would simply flood the Pathéon.

But this is not so: in reality, the dome and oculus were designed in such a way that the strongest drops of rainfall into the interior of the option and through a series of holes in the floor the water goes down into the plums, and there is no flooding.

In addition to the fact that the Pantheon is a tourist attraction, it is also a small basilica, which hosts various city and church events and holidays.

But incurable romantics are worried about only one question: is it possible to say a fatal "yes" under the dome of the Pantheon. Well, the answer is yes. The Pantheon is a Catholic basilica where you can get married, or rather, get married.

This is one of the most expensive squares for Romans and tourists alike and the perfect place to sit comfortably at a cafe table and enjoy the sculptures and Baroque architecture.

And this is the next stop of the sightseeing tour of Rome.

Piazza Navona stands on the site of the ancient stadium Domitian (hence the oval shape), where athletics competitions were held - agons (hence the name of the square).

Until the 19th century, entertainment and sports shows were held on the square. In August, the square was flooded, closing all the drains of the fountains, and so it brought a little coolness to the Romans during the hellish heat.

The main attraction of Piazza Navona is the Fountain of the Four Rivers (1651) by Gian Lorenzo Bernini.

The most beautiful square can be seen during the Christmas period. A magical spectacle not to be missed takes place in Piazza Navona on the night of January 5-6 - Befana's holiday.

Two in one: you cannot go to Rome and not see the Plaza de España with its famous Spanish Steps and the Barcaccia fountain, hidden away for a snack.

Plaza de España is very famous and loved all over the world.

Many historical figures have been here.

Giuseppe Balsamo, the famous alchemist, and esotericist, magician Cagliostro, stayed in one of the hotels adjacent to the Plaza de España. It is said that his arrest took place right on the square, and the ghost of his wife still haunts here, because it was she who “surrendered” her husband in the sacred office, the Holy Roman Congregation, and the General Inquisition.

It is curious, but earlier the northern part of the Plaza de España, the one that now leads to the Rue Babuino, was originally called the Plaza de France, as in this area there were French possessions, the land "Trinita dei Monti". At the top of the Spanish Steps is the "Trinita dei Monti" (Three Saints on the Hill) church, owned by the French community of the Emmanuel community, where services are performed in French. The 136 steps of the monumental Spanish Steps were also built thanks to French investment.

Today, the Spanish Steps have become an excellent stage for high fashion shows and a stunning set for numerous films.

The first acquaintance with the city and a sightseeing tour of Rome is coming to an end, and ahead: the long-awaited shopping.

Did not know? The best shopping in Rome starts at Piazza España!

Therefore, dear friends: "Good shopping to you!" There is no time to look for interesting places in Rome on your own and if you like to go on excursions, we can organize a wide variety of tours, both individual excursions and group excursions on foot or by any car (including a limousine and a convertible), for a whole day or a couple of hours. We invite you to join our guided walking tour of Rome in Russian.

Very interesting and different sightseeing tour of Rome on a golf cart with Your personal guide! This excursion is perfect for a family with a small child and for elderly people. A mini car with an electric motor will be able to drive along the narrowest streets of Rome and there are no barriers for it in the historic center of the city, where ordinary cars cannot enter without special permission.

The golf cart has 3 passenger seats (including children) + your guide.